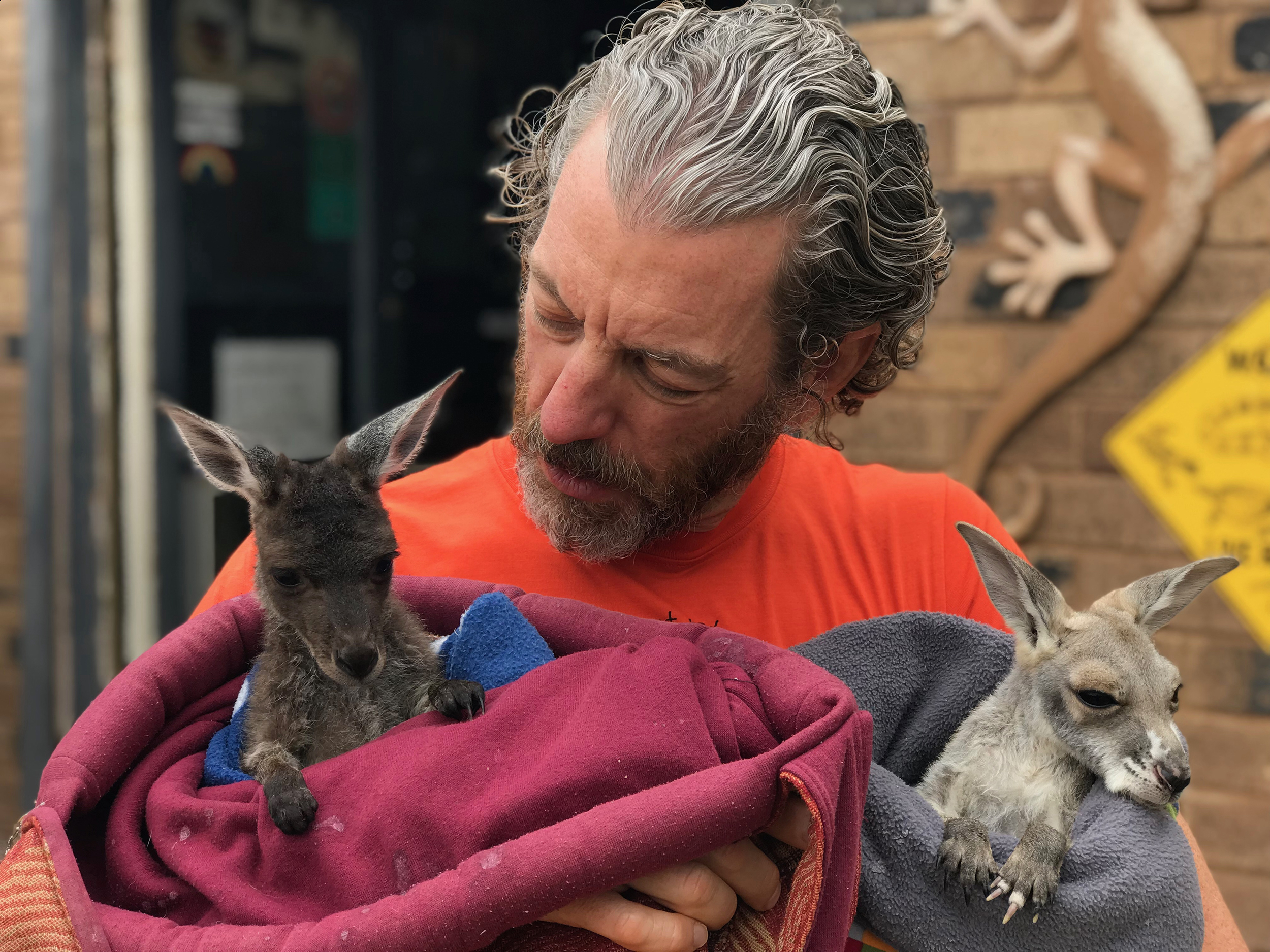 The first of the three memorable gigs come from the Pie Pizzeria in Salt Lake City, Utah where Mike first began filming live performances from the far corner inside the subterranean restaurant.  Down below street level, there are no windows in the place, only brick walls and dark wood paneling on which countless patrons have inscribed their names, oblique references to good times, significant dates or perhaps meaningful global positioning satellite coordinates–who knows.  Anyway it’s a colorful, local joint with fantastic pizza.  Tucked away in the corner of the restaurant, and competing with the public address system used to notify customers their pizza was ready, Mike and I played the first Monday of every month–not exactly prime time for live music. That suited us ok, though.  We’d often get friends to show up and, over time, a handful of regular, loyal fans who would come to enjoy pizza that was arguably at least as enjoyable as our music. 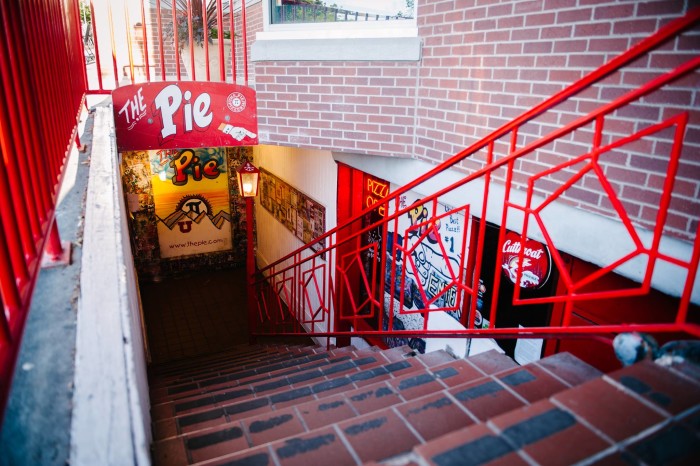 Before we’d play each show, a one-sheet piece of paper listing a hundred songs was placed on each restaurant table and served as a request list.  We asked patrons to circle a few songs and perhaps kindly leave a charitable donation in the tip jar.  The customers would leave the marked up request list in a pile on the floor where Mike would pick them up between songs and study them, looking for a helpful suggestion.  An emphatic request was usually noted by underlining the name of the song three times and circling it and drawing a smiley face and a few stars around it.  Icing on the cake was a simultaneous deposit of a five or ten dollar bill in the tip jar.  That song went to the front of the line up. 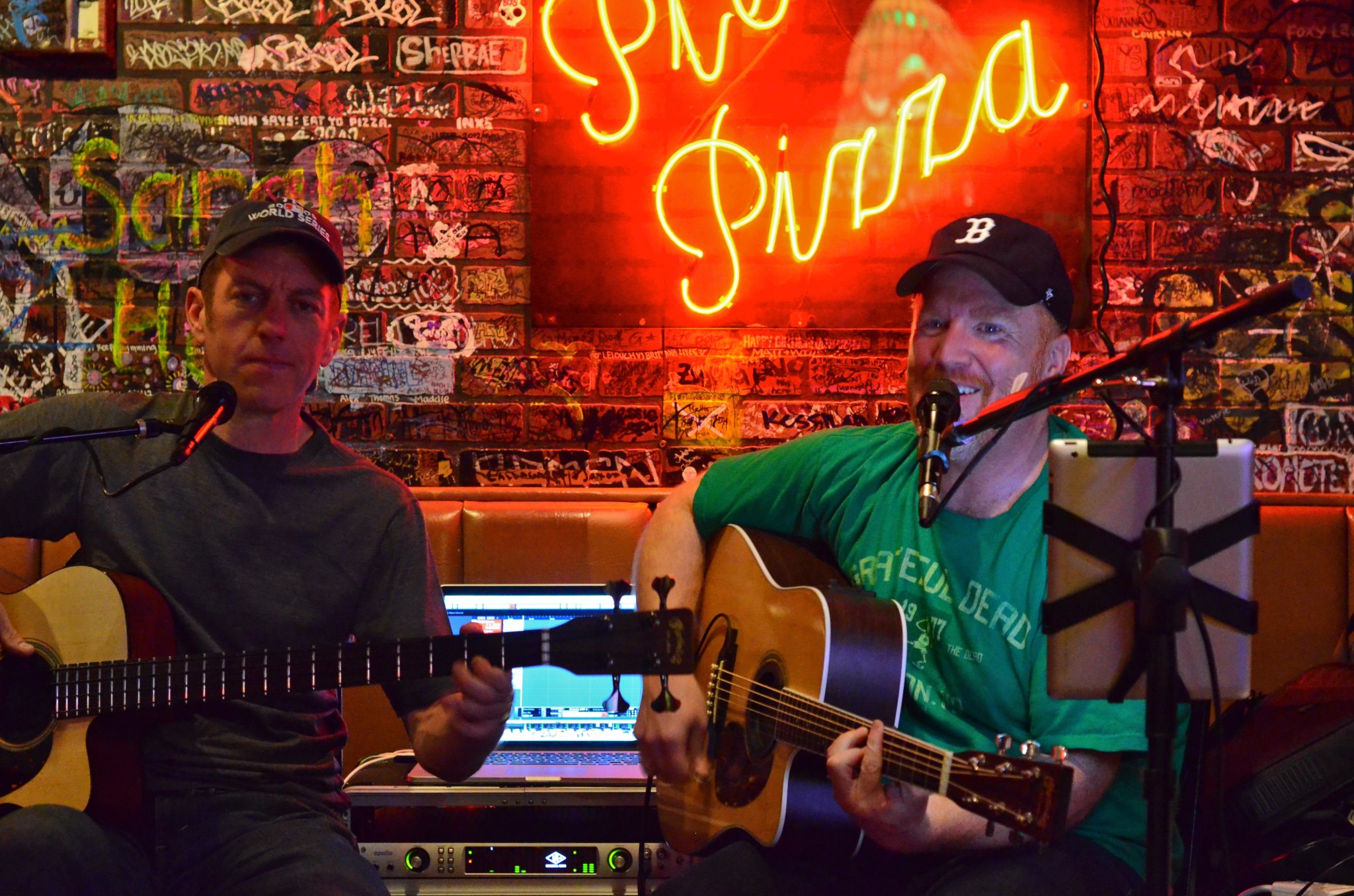 Before the release of the Africa cover which drew world-wide attention, some of the videos had six-figure viewership, which, in the early days of YouTube, was comparatively a lot, but still not enough to draw an audience from more than an hour’s drive away.  After the release of the Africa cover, the audience for the Monday night performances started to change–slightly at first and noticeably by the number of people, up from a handful to maybe two or three handfuls.  Of greater curiosity was the geographic diversity we started to notice in the audience.  They would note this on the request list: “We came from Iowa to see you play this!” was one such entry on the page.

The span of technology’s reach really hit me when Richard Drew from Sydney, Australia showed up at the Pie and announced he’d come to see our show.  To be fair, he used the opportunity to see the American West–there are five national parks in Utah, a state with less than four million people–twice as many people visit the parks as live here.  But I was stunned that someone from Down Under even knew of the Pie Pizzeria, let alone traveled here.  But that was the power of YouTube.  It would not be the last time Richard, a music lover, guitarist himself, traveler, photographer, and Renaissance Man, was at one of our gigs–that’s the third memorable show I’ll come to in a bit.

The second memorable gig was one of our first out-of-town dates we were hired to play, which meant travel, lodging, meals, and so on were paid on top of the performance.  A very generous company owner, Thomas Tull, a musician himself, hired us to play a company party for Legendary Pictures held at the House of Blues in Hollywood, celebrating the purchase of Nerdist (Chris Hardwick’s company) by Legendary.  Terry Bradshaw was in attendance (Thomas Tull is a part owner of the Pittsburgh Steelers). 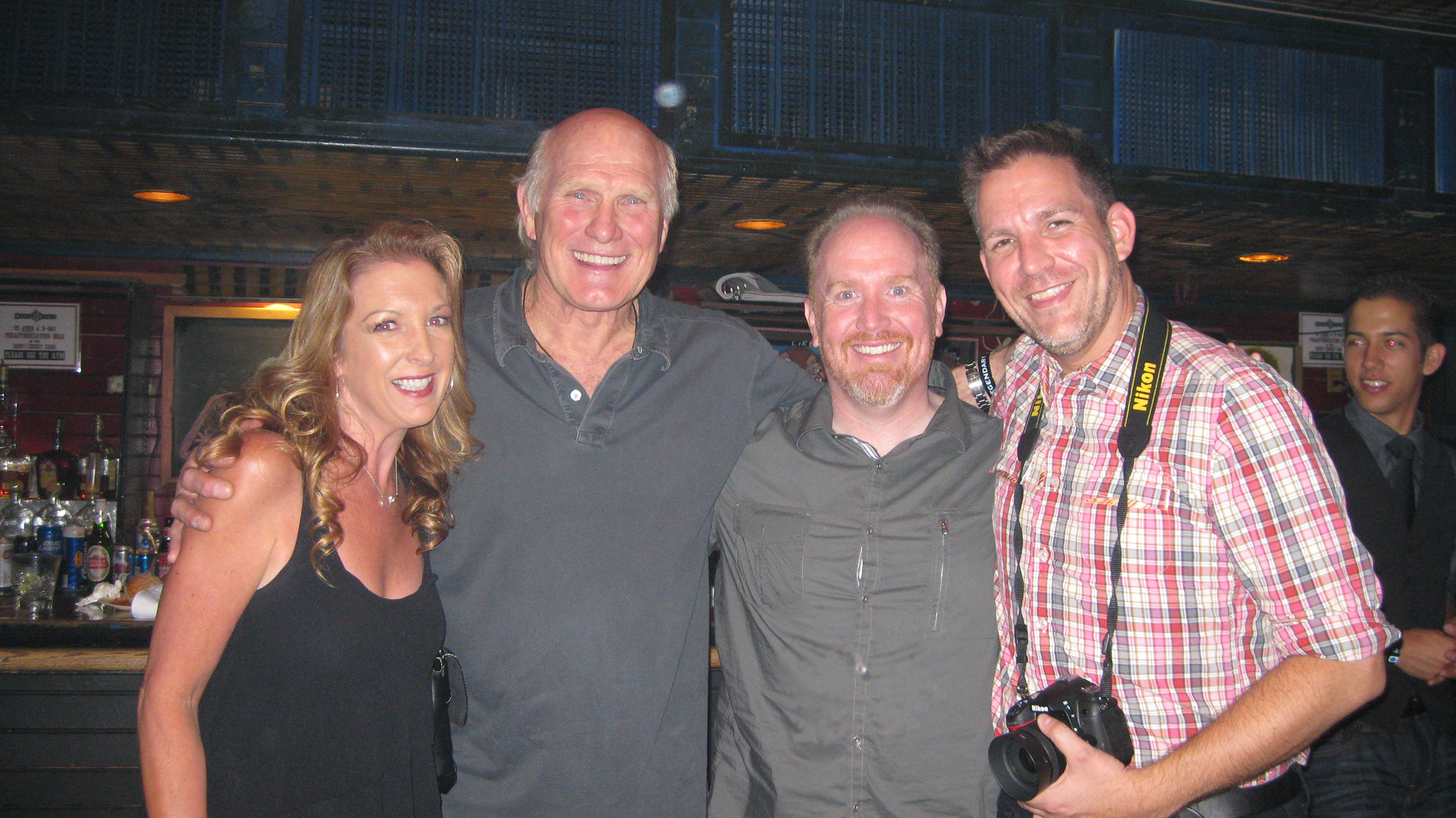 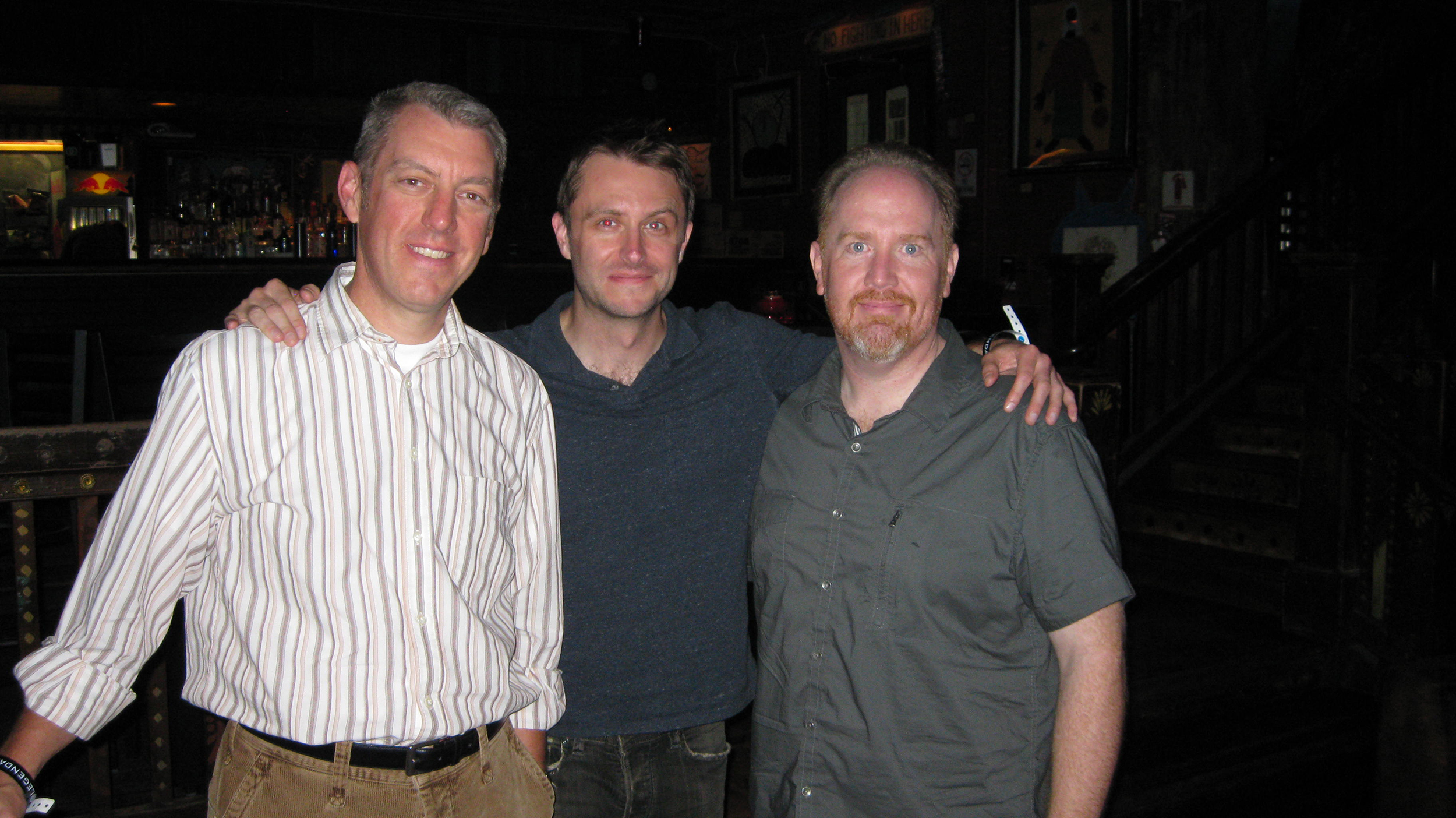 It’s always a treat to play a professional venue, where the green room is comfortable and well-stocked, and the house takes care of tickets and the guests.  Even better for the performing musician are the house sound engineers whose whole purpose in life at that moment is to make you sound great.  A good sound monitor engineer helps you hear what you’re doing, and a good house mix makes you sound great to the guests–working together, everyone has a great time because it sounds good to everyone, performers and audience alike.  I learned an early lesson at this House of Blues gig–when you see the staff singing along, you’re doing something right.  These are people who get to (or have to) listen to music most nights–you’re not fooling anyone, you know.  So a quick and honest barometer is to keep an eye on the servers and the management.  If you have them smiling and singing, it’s a good sign.  The House of Blues was one of many gigs that followed where the staff and crew seemed to have as much fun as the audience. 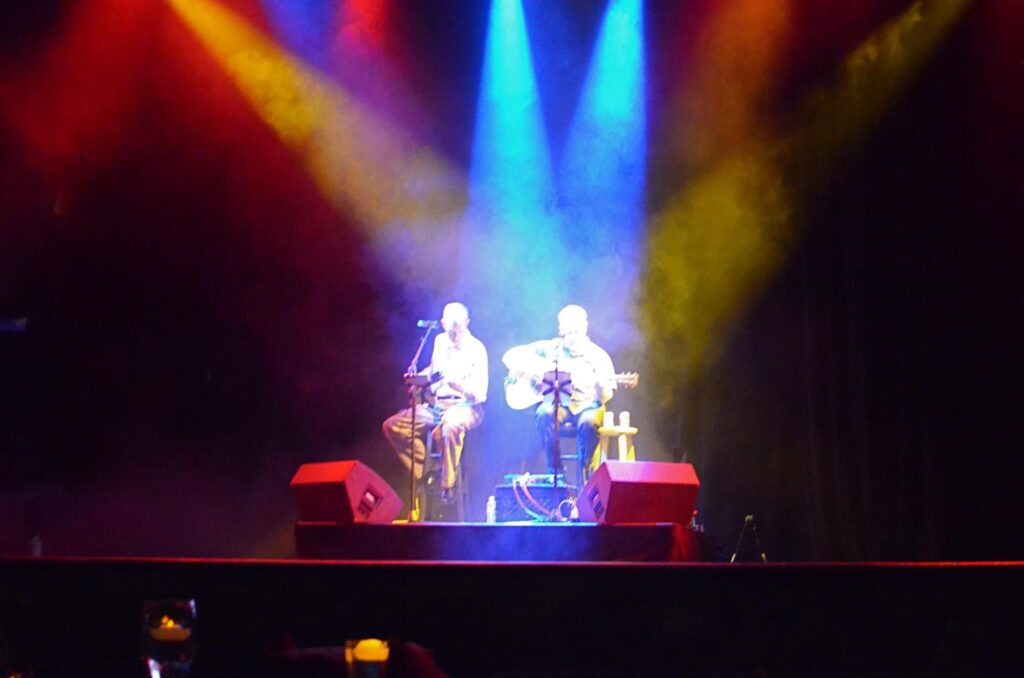 Mike and I have traveled to many continents playing music, a gift I will be ever grateful for.  To meet people from around the world and visit far away places because people enjoy what you have to offer is one of my life’s great blessings.  We’ve played memorable and remarkable shows in Germany and England as well as many cities across the United States–Mike has played in even more countries all over Europe and North America.  But the incomparable adventure of going to Australia for a week and half remains a singular adventure among many incredible opportunities.

In 2017, we crossed the Pacific and landed in Sydney where we started a four city adventure, including an incredible trip out to the west coast to play a benefit show for patrons in Geraldton, an incredible town on the Indian Ocean in the stunning Western Australia where we met the kindest people who treated us like family and met kangaroos that were genuinely happy to see us (and our food).  Sydney felt alien and familiar all at once–the climate of San Diego, yet clearly a foreign country full of bizarre animals that looked like dinosaurs and incredible plants from the Jurassic period, but a country in which we could (mostly) speak the language and be understood. 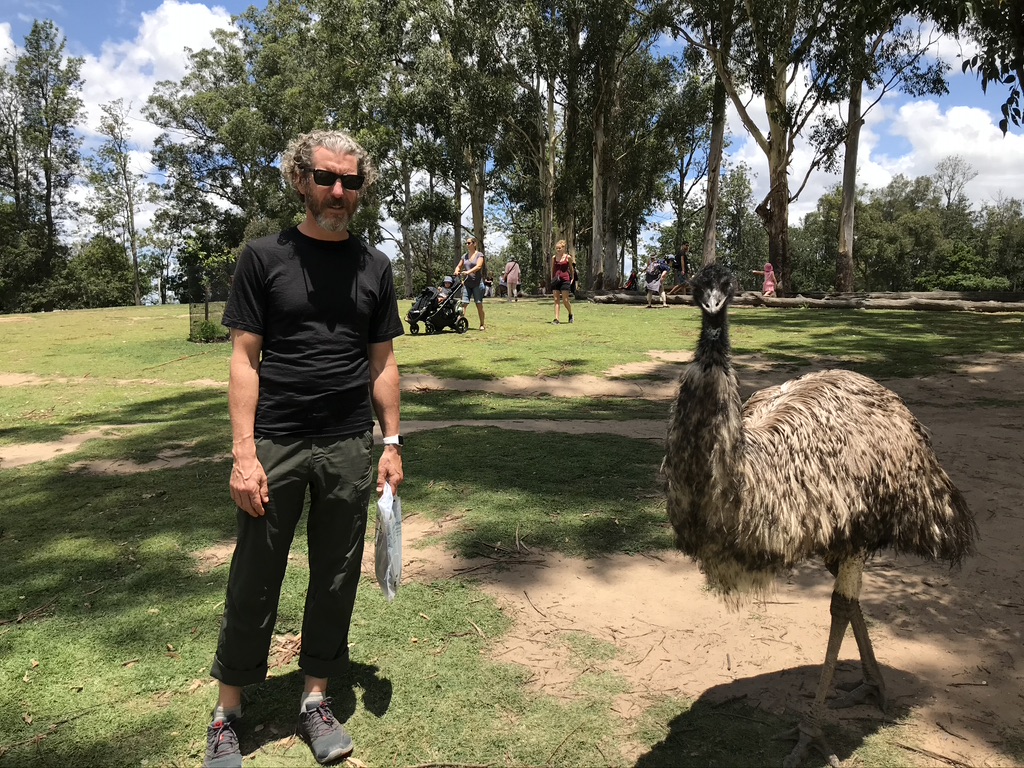 In Sydney we promoted the gig on the radio.  I went for a run across Sydney Harbor Bridge and back into town through Circular Quay, past the Opera House, the Customs House, through the Royal Botanical Garden; up early the next morning for kayaking in Sydney Harbor at dawn, another run to Kirribilli and back through Barangaroo, and then out to Manley Beach on the ferry for lunch. 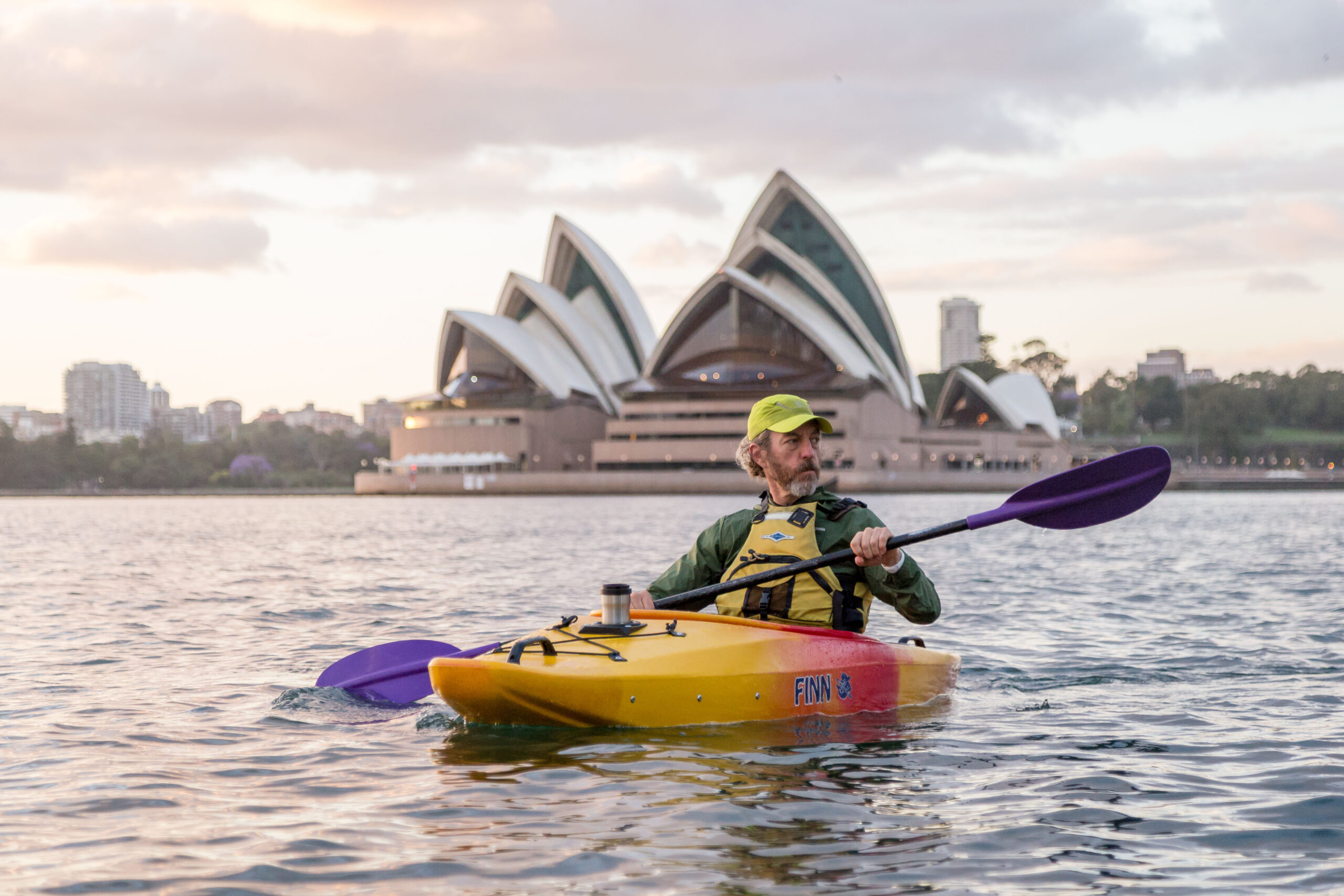 That afternoon was drinks with our mate Richard Drew, having seen him last at the Pie in Salt Lake City, and getting caught up on the intervening five years.  Then on to dinner before the show and then playing music in Sydney Australia, during which Richard sat in for a few tunes. 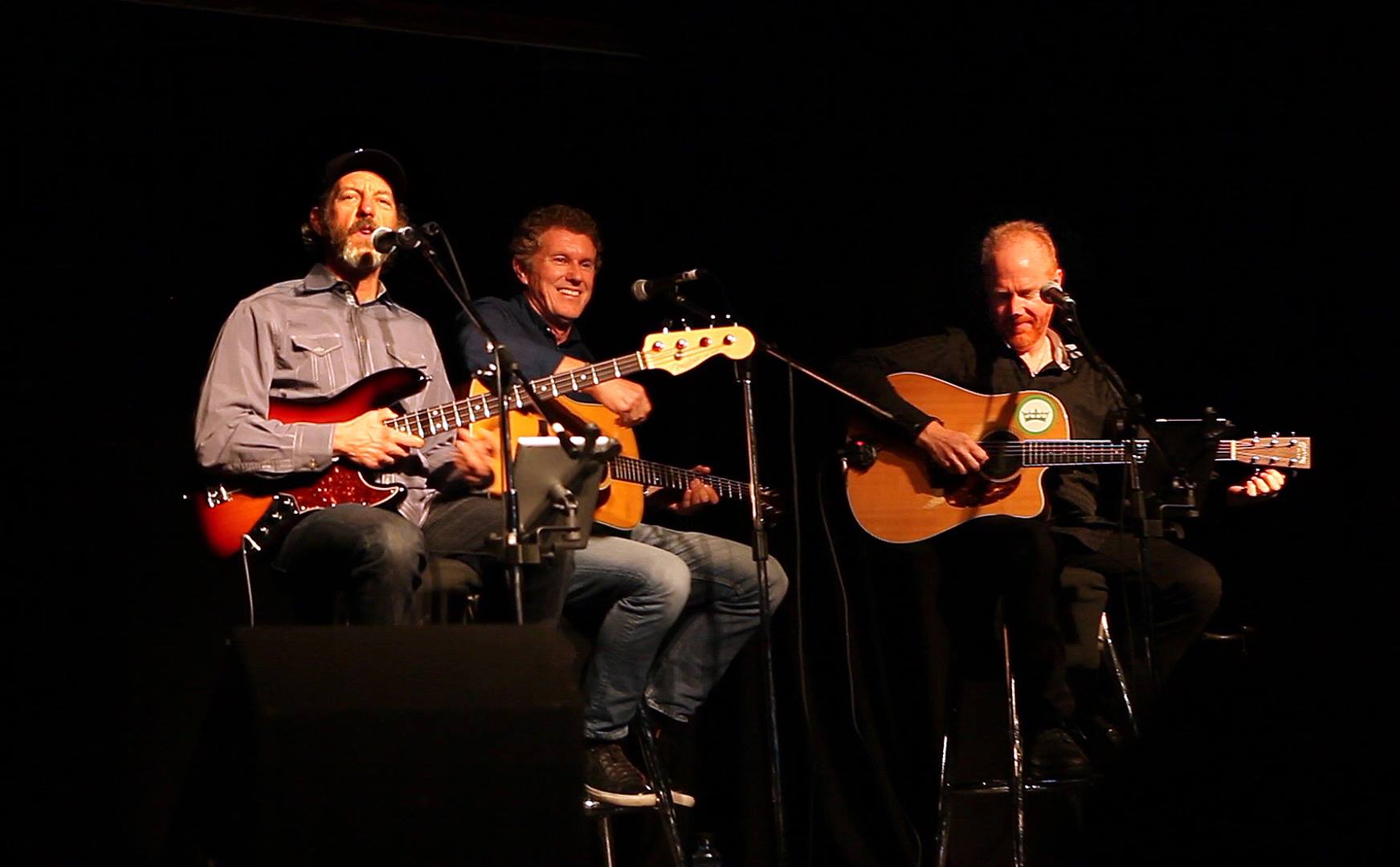 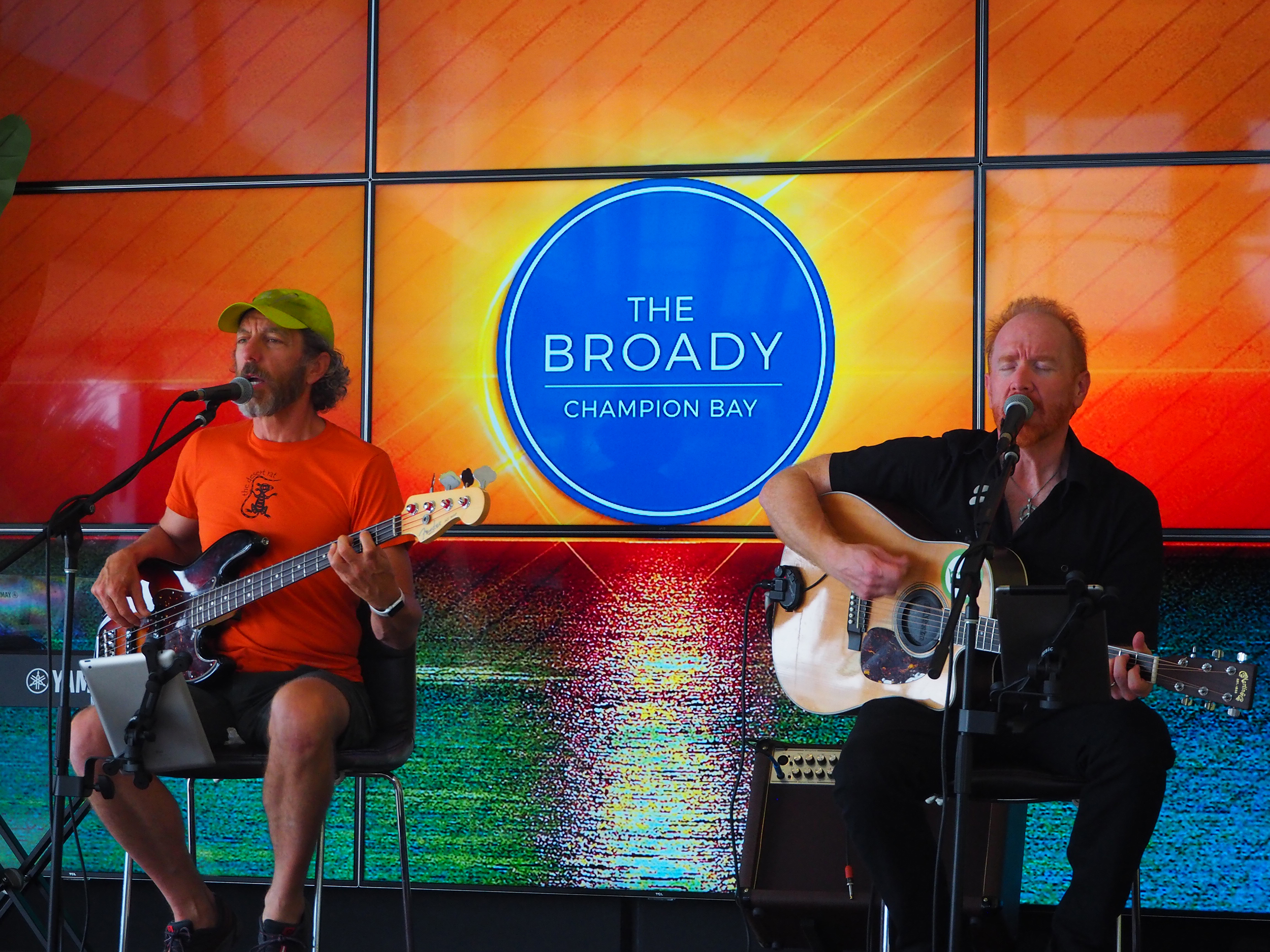 The whole of the trip was incredible, capped up with my first view of the Southern Cross out the window of a QANTAS red-eye over the outback as we flew from Perth to Brisbane–the elegant solution to all the previous nights of cloud cover or light pollution in the city.

Jeff and Mike perform at Lefty’s in Brisbane 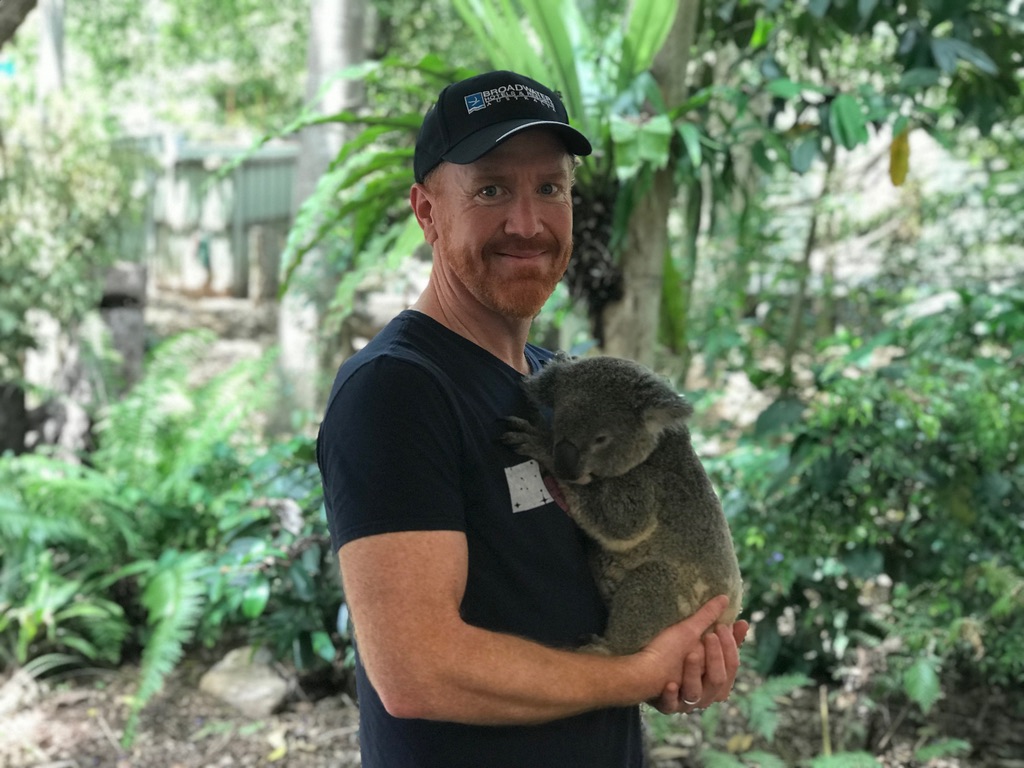 Of course there have been more than three memorable gigs with Mike–these stand out in our journey to cover the music and cover the world.  It’s been an incomparable blessing to been able to share such great songs in the company of such a great artist as Mike and doing it for the enjoyment of those who, for a brief time while we’re together, share a common love of music as though a family connected by the art of humanity.