I Won’t Hold You Back – Toto

“I Won’t Hold You Back” by Toto, an acoustic cover by Mike Massé featuring Bryce Bloom

Get on iTunes
Get on Google Play
Get on Amazon

This is for Luke. I thought I might try some Toto for a change…. If you aren’t familiar with it, this beautiful ballad is on “Toto IV,” the same 1982 album that had “Rosanna” and a little ditty called “Africa.” Oh, and it won a Grammy for Album of the Year, so there’s that.

The original arrangement of “I Won’t Hold You Back” features piano, a lot of orchestration, and some stellar drumming.  Oh, and a monster guitar solo.  So the challenge was condensing all of that energy into an acoustic performance.  Not to mention capturing the gorgeous lead vocal, and those epic harmonies originally provided by Timothy B. Schmidt from the Eagles.

Because of the success of my acoustic cover of “Africa,” I’ve actually had the pleasure of meeting Steve Lukather, the guitarist from Toto who wrote and sings this song. I emailed him some questions I had about the vocals, but I didn’t mention that I was recording an acoustic cover. With his permission, here’s some of our exchange: 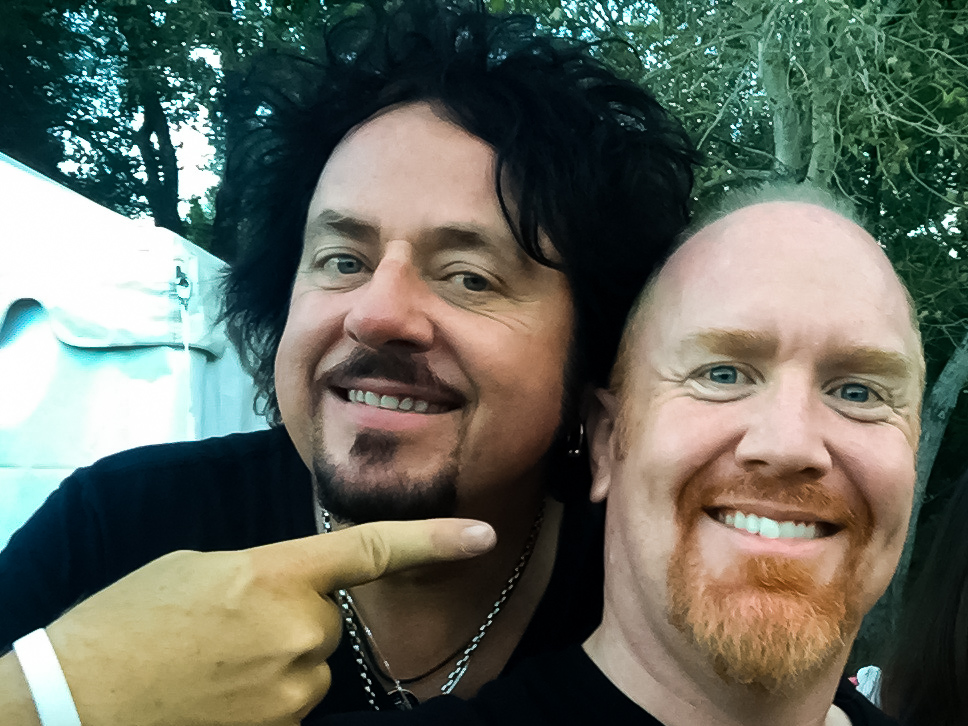 I thought I might as well go to the source on this, if you don’t mind. Is the lyric at the end of the second verse:

I hear it as “there”, but the internet has it as “sad” everywhere. I’ve watched a few of the live videos of Toto on YouTube (nice work, btw!), and I’ll confess that none of them settle the issue in my (admittedly fading) ears. I’m still betting on “there” though. By the way, your vocal is just killer on that song. You don’t get enough credit for your singing. You sound so great with Timothy B. Schmidt.

“You’re the one instead.”

Lol. None of the above. Duly noted, thanks. I’m guessing they sped up the tape a little after you recorded it, because it’s at around 444 Hz instead of A440.

Back in the day at mastering, often Jeff or Dave…or any of us…might say “Let’s bump the tempo up a taste and see how that feels,” PRE digital read outs. As this was a SLOW song, I am not surprised. I don’t remember either, really…. We had a UK string section–cats from London Symphony section–so they tune to 442. So…it could be anything. hahaha It’s CLOSE to A 440, anyway…. lol

Yeah, I figured something like that. By the way, I can clearly hear “instead” now, but I’m glad I asked.

I next asked Luke about what mic he used, because I was using a Townsend Labs Sphere L22 modeling microphone, which gives you various vintage mic options, all emulated digitally (it works!). I had settled on a Telefunken 251 model as the closest match to the original tone. So I was happy to see that it was among the likely candidates (see below). And I was experimenting with various reverbs, wanting to get the right vibe (and verb). Luckily the reverb he mentions, the EMT 140, is among the reverb emulations I have with my Universal Audio Apollo/UAD gear. Yes, I get how surreal it is to have Steve Lukather guiding my Toto cover!

Any memory of what your vocal mic might have been? Did you have a go-to back then?

Do you remember what reverb unit you likely would have used on the vocal?

Here’s an excerpt from the message I sent Luke with an mp3 of a rough mix:

I wanted to share this with you. It’s my acoustic cover of “I Won’t Hold You Back.” (You may have guessed I was working on a cover of the song.) It’s a home studio recording, and this is my latest mix. It’s still pre-release, but I wanted you to be the first to hear it. I really hope you like it. As a guitarist, you deserve an all-guitar rendition of this lovely song. This recording is my personal way of saying thank you for the music, sir. It was the best I could do, and I’m really happy with how it turned out. I owe that largely to the source material.

I’ll be posting a video for it next month. The audio recording is me on acoustic six and 12 strings, a stomp pedal, and all the vocals. My friend Bryce Bloom played bass. (He apologizes for not having a fretless….) I did my best to capture as much of the original as I could, while maintaining the acoustic vibe. I even did my best to acknowledge Jeff’s awesome fills where I could, within the confines of a click track. I played it capo’ed on the first fret.

This is so killer! Thanks, man. Love it all. And the solo section was a refreshing take with great vocals! I am honored, man. Thanks a lot. Hope you make some big noise with this like this last one! It’s A GREAT version!

So Luke likes it.  Mission accomplished. 🙂 I hope you like it, too.

By the way, David Hungate, the original Toto bassist, liked it as well, and said, “Nice work!”

Speaking of, thanks to Bryce Bloom for contributing the great bass part and being a second set of ears for mixing.

Thanks to Nathan Mitchell for filming.

Thanks to Wild Dog Stomp pedals out of Australia for providing the awesome stomp. My model is the Bunyip.

Lastly, I wanted to share this excerpt from Steve Lukather’s excellent autobiography, “The Gospel According to Luke.”  I highly recommend the book, by the way.  This will give you a flavor of it.  Here’s what he said about writing “I Won’t Hold You Back”: 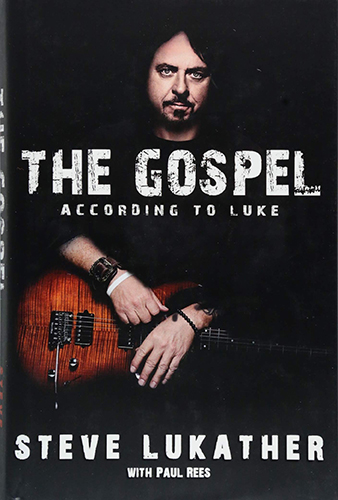 “The Gospel According to Luke” by Steve Lukather

One night at Cherokee, I had lit some candles and, on the grand piano in the room, began to piece together “I Won’t Hold You Back.”  When we cut it, I made Dave play my part, because at that tempo, you have to nail it, and no one played ballads like Jeff and Paich.  I wrote the bridge on the spot again.  I thought the guys would not like the tune much because it was too slow and pretty, but everyone gave their all.  When it came time for me to put down my lead vocal, I was in panic mode because all I had for lyrics was the chorus and the first verse.  I only wrote out the second verse two minutes before I went into the vocal booth.  Sometimes the good ones come quickly.  I mean in song anyway.

– Steve Lukather, “The Gospel According to Luke“